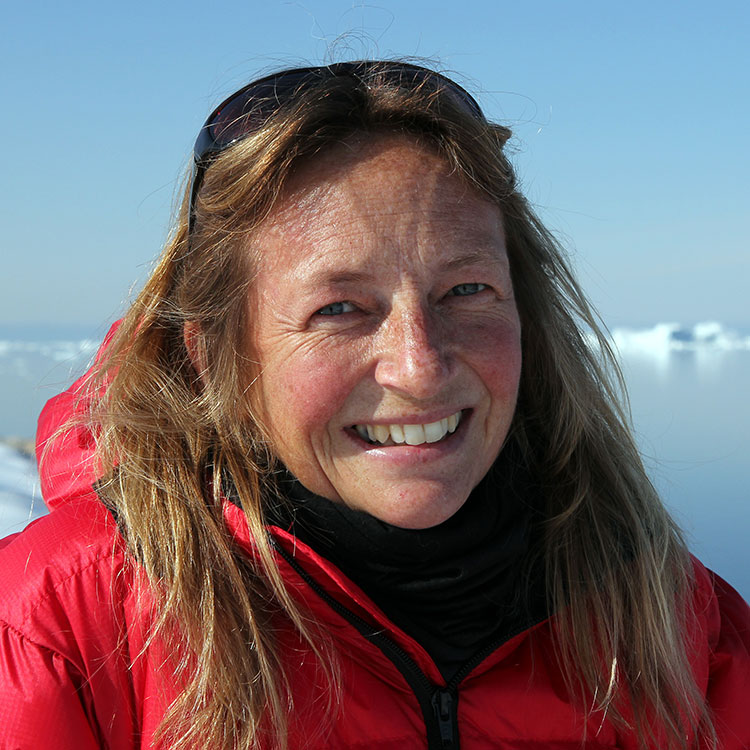 "I am fascinated how biology works and passionate about understanding how anthropogenic pollutants and environmental change impact marine organisms and ecosystems. Working at PML with inspiring colleagues allows me to address a range of challenges, thereby helping to maintain a healthy marine environment for future generations."

Pennie Lindeque is a highly motivated UKRI NERC Band 4 Merit Scientist working part-time (80% FTE), leading and undertaking excellent and innovative research in the areas of molecular biology, plankton ecology and marine contaminants. Pennie is Head of Science for the Marine Ecology and Biodiversity Group and, alongside Science Team, helps to direct PML strategy.

Pennie is a molecular biologist with >25 years expertise in the development, systematics and trophic interactions of eukaryotes, in particular zooplankton. She pushes frontiers in utilising novel molecular approaches for a wide range of eukaryotic ecological applications. She applies this expertise in different context, e.g. using Next Generation Sequencing to characterise mixed zooplankton assemblages, and to make robust scientific judgements about highly complex problems, e.g. to unravel previously unknown predator-prey relationships for jellyfish. Current focus includes i) developing molecular techniques for identification of holoplankton and meroplankton, including Next Generation Sequencing technologies, ii) investigation of trophic interactions through molecular gut content analysis and iii) combining field and laboratory experiments to investigate the response in key zooplankton species of vital rates to changes in environmental parameters and environmental pollution.

Since 2010 Pennie has developed and then lead a new area of research at PML; the ecological impacts of microplastics as emerging pollutants. Current focus includes investigating the bioavailability and impact of microplastics and other anthropogenic pollutants such as antifouling paint particles, tyre road wear particles and biodegradable bioplastics on marine organisms, ecological processes, and estuarine and coastal ecosystems. More recently, Pennie has been interested in how natural ecological processes can play a role in mitigating anthropogenic problems such as plastic pollution. Her work on the impact of microplastics in the marine environment has directly influenced policy in the UK and around the world, including the UK ban on microbeads in cosmetics.

Listed by Clarivate as one of the ‘World’s Most Highly Cited Researchers’ in the field of Environment and Ecology in 2019 and 2020, demonstrated by the production of multiple highly-cited papers that rank in the top 1% by citations for field and year in Web of Science.

Co-scientific lead for the Marine Plastics Review and Workshop presented to DEFRA (2019).

Presentation to the Parliamentary and Scientific committee on the problem of plastics and plankton (London, 2016).

Contribution to the Parliamentary Office of Science and Technology (POST) briefing on public policy issues related to marine microplastic pollution (2016).